2020 was a year of highs and lows and UPS of the stock of technology companies, but 2021 can also be unstable. Therefore, the analysts make their forecasts in respect of the shares, also revealing the vision of the General trends in the market. 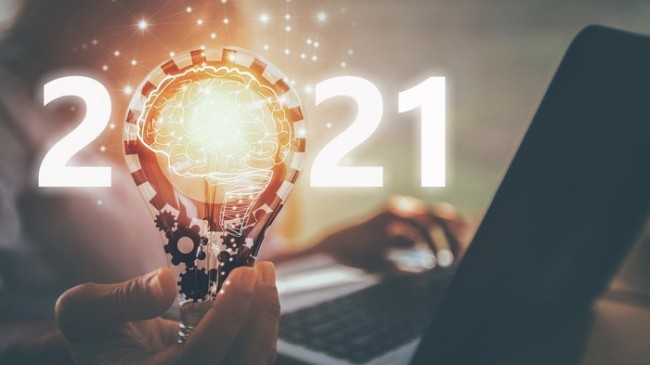 Forecasts for the U.S. stock market in 2021 from Wall Street analysts differ: some are warning that many stocks of technology companies are overvalued and will soon be followed by a correction, others are waiting for recovery amid the introduction of vaccines against COVID-19 and even greater growth in the coming year. TheStreet analyst Eric Jones has compiled their list of predictions for the new 2021.

Speculative growth stocks of companies with products green energy technology to consumers and some companies, enterprise software may stop in January. When analysts and financial specialists will get back to work after the holidays, and the company will share their predictions for 2021 during the reporting season.

So, for example, the growth rate of the company’s shares Zoom 420% this year will inevitably decline or fall in 2021, as offices and schools will open again, and the competition among services video conferencing will increase.

TheStreet analyst noted that more likely to maintain the growth rate in the stock of companies with many business software products such as Microsoft (MSFT). Microsoft shares rose 42% year to date.

2. Investing in remote workers and the corporate network

With the return of staff in offices in 2021 unable to resume investments in the modernization of the corporate equipment and networks, which should benefit the industry leader Cisco Systems (CSCO).

Companies involved in cybersecurity (such as Zcaler (ZS), Crowdstrike (CRWD), Okta (OKTA)) also expects growth of revenue because firms will invest in their products to ensure their remote workers secure access to corporate networks and data.

3. The growth of Mac sales

Because employees of many companies will retain the format of the work remotely “update cycle” laptop is far from complete. The growth of Mac sales from Apple (AAPL) observed in the last two quarters, may continue, given the emergence of models with their own processors with higher performance and longer battery life. Positive feedback for the new Mac can lead to an increase in the number of consumers switching from Windows.

According to media reports, high-performance Mac processor-based SoC the Apple may appear in the spring and fall 2021.

As soon as the vaccine COVID-19 become widely available, a large portion of pent-up demand that exists right now, in activities such as leisure, bars and restaurants, live concerts and sporting events, may occur in 2021.

Here we are talking about technology companies, but many analysts and investors already see the potential for Uber (UBER), Lyft (LYFT), Eventbrite (EB) and Groupon (GRPN).

The three market leaders in public cloud: Amazon (AMZN) Web Services (AWS), Microsoft Azure and Google (GOOGL) Cloud Platform (GCP) continued to show strong growth in 2020. However, the growth rate of income affected by the decline in costs for some customers in the sectors affected by the pandemic.

With the expected gradual recovery of the affected sectors and large global transition to private and public sector on data storage in cloud servers, – growth rates of income of the mentioned companies needs to accelerate in the next year.

On the world market “streaming video”, in addition to the leaders of Netflix (NFLX), Amazon and Disney (DIS) opportunity for expansion and increased market share have: WarnerMedia from AT&T (T) with their Max, HBO, CBS (CBS.A) All Access and service Peacock NBCUniversal from Comcast (CMCSA).

Decisions such as the recent AT&T: providing access to all of your releases in 2021 as via HBO Max, and cinema, can be a good way to monetize your content and provide further trend away from the practice of selling licenses for the broadcasting of content to other companies.

The increasing monetization of video streaming services using digital advertising must also bring profit growth of the companies in this sphere.

7. The wave of mergers and acquisitions

The increased cash balance of the major technology companies and low interest rates lending in the United States provoked a wave of mergers and acquisitions.

In 2020, we have already seen how a few technology companies with large capitalization, whose shares rose strongly, used their shares for partial or full funding for major acquisitions. Example of transaction through stock and cash: Nvidia, Arm, AMD, Xilinx and Salesforce Slack. Expect that in the first half of 2021 to be announced more such deals.

T-Mobile US (TMUS) can “beat” Verizon (VZ) in the deployment of home broadband 5G services in the United States, given that the approach that uses T-Mobile (use of traditional mobile spectrum up to 6 GHz), in practice yields a lower speed, but much wider coverage.

Verizon, in turn, provides its services using high-frequency mmWave millimeter range, which can transmit very high speed but short distances. So, two years after its first run, the mmWave service from Verizon, according to media reports, still covers less than 1% of all Americans.

Assuming that 5G of T-Mobile will be launched before the end of 2021, an analyst at TheStreet Eric Jones predicts that next year the service will be more widespread.

Video from The Gallery with SteamVR controls

New releases of VR games for may 2020