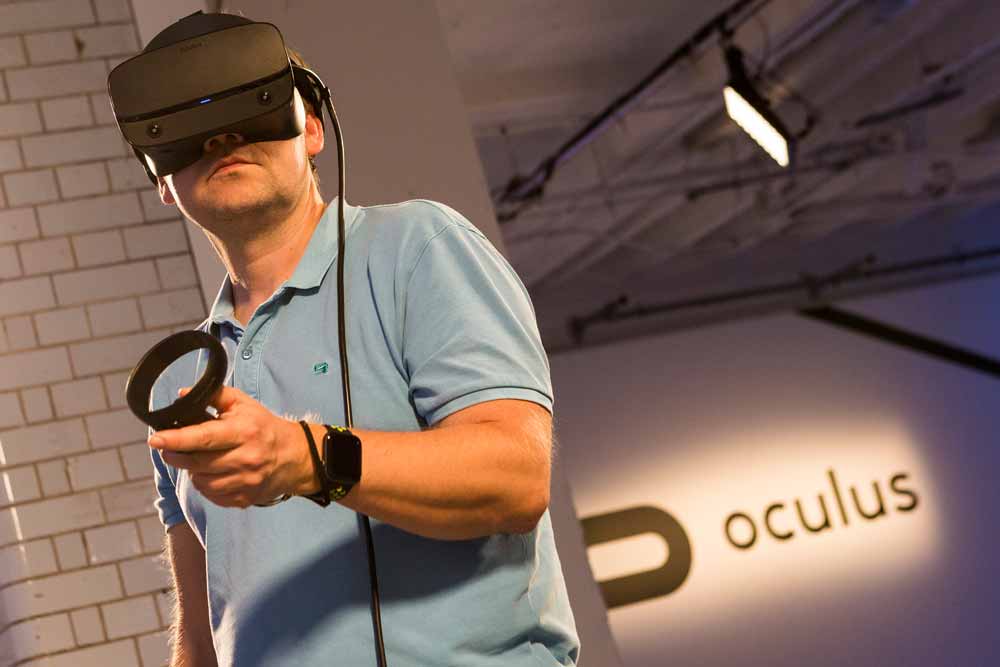 The official Oculus Rift 2 headset was canceled shortly before it was due to go into production, says Oculus founder Palmer Lucky.

Lucky made the announcement in a tweet yesterday, responding to a message from UploadVR that Facebook would not be restocking the Oculus Rift S. The engineer, who left Facebook in 2017, said he “represents a world where the Rift 2 wasn’t canceled and was put into production and then canceled again in favor of a cheaper Lenovo model.”

What a bummer. Imagining a world where Rift 2 was not cancelled shortly before going into production and then cancelled again in favor of a much lower spec Lenovo rebadge…https://t.co/4bsWOoPbTp

The “low-spec” headset Lucky is talking about is the Rift S, which was seen as a small upgrade to the first Rift when it launched alongside the original Oculus Quest in 2019 with an increase in screen resolution. A full-fledged Rift 2 would probably include more significant technical updates and possibly new features. Ahead of the Rift S launch Facebook’s Jason Rubin said the full version of Rift 2 “should include radically new technologies.”

However, we now know that this will never happen. Last year, on Facebook Connect, the company announced Oculus Quest 2 and in the process confirmed that it was cutting sales of the Rift S, which it said would be its last PC-only virtual reality headset.

It’s becoming increasingly clear why Facebook made this move. Last week, it was revealed that the Quest 2, which has been selling for about five months, has already surpassed the sales of all other Oculus headsets — the Rift, Rift S, Go and Quest — combined.

Quality assurance in the DevOps strategy

7 Best PCs to Exploit your Virtual Reality in 2022

How to get more space for the electronics