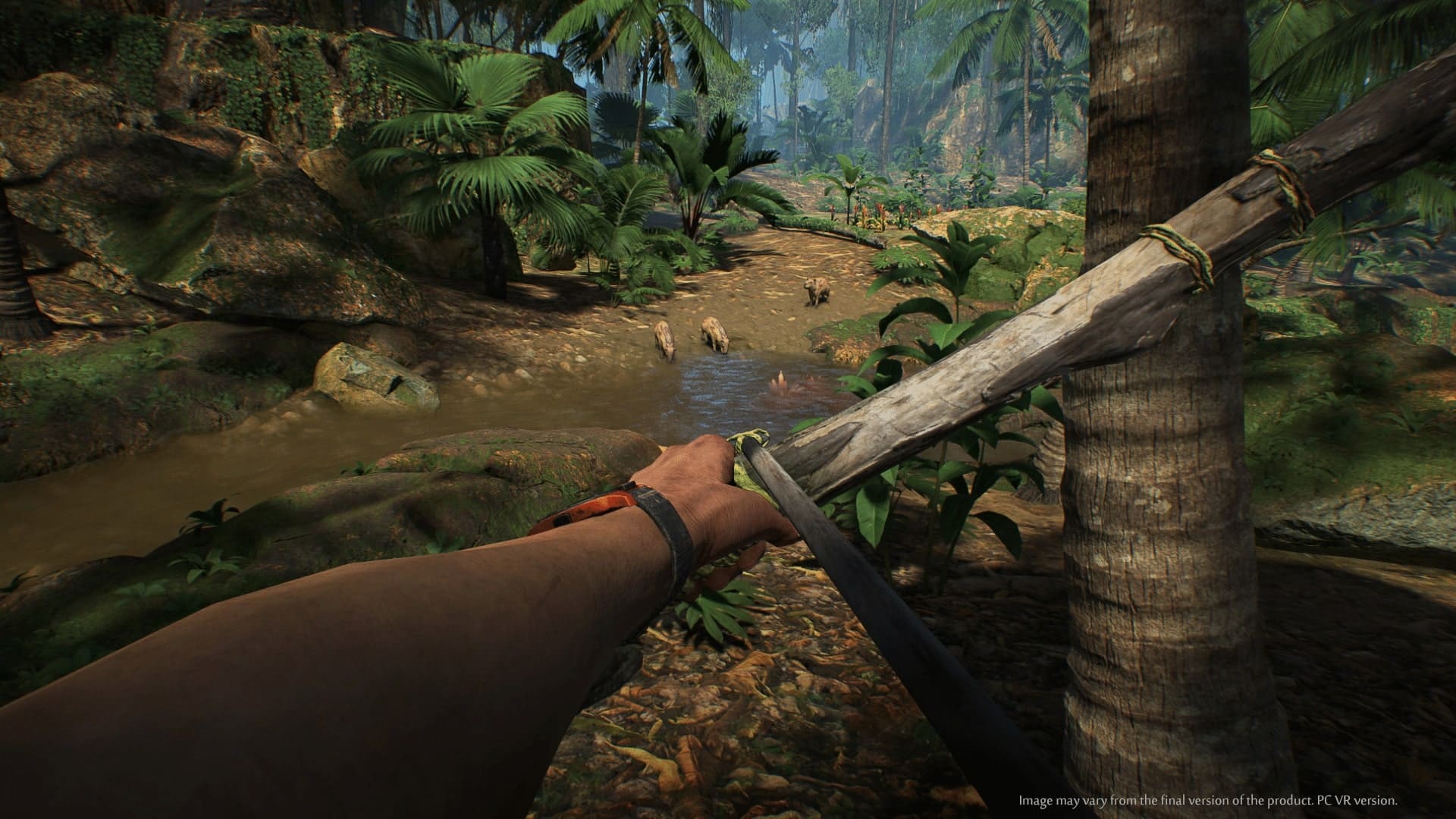 Developer Incuvo (who is porting the original Creepy Jar) posted several videos of the game on their official website, but one fan compiled them into a trailer, which is posted below.

In Green Hell, there are many elements that will be familiar to fans of survival games: players find themselves in the jungle and are forced to live at the expense of the surrounding nature, foraging for food on plants and hunting animals. However, in VR, each of these actions has been revised to take into account motion control. The videos show players hunting with physical actions, such as holding a bow and arrow with both hands.

Meanwhile, plants can be plucked from the ground, and when you knock down coconuts from trees, they need to be hacked with weapons. All in all, it looks like the game is becoming a pretty thoughtful port.

Green Hell is scheduled for release on PC VR in the near future, and the Oculus Quest version will be released later in 2021. Green Hell itself was recently announced for consoles, but there is no information yet on whether there could be a PSVR port.

The most creative ideas for your display ads

Smartphones and tablets that think like humans? This neuromorphic chip could do it.