Low-code programming, the endpoint management platform HCL BigFix and the future of the digital workplace were the defining topics of the annual conference of the German-speaking Association of Users of HCL Software Products (DNUG).

With the collaboration products Domino and Sametime, the Indian IT services group HCL offers the German-speaking market alternatives to SaaS offerings that are sometimes critical under data protection law. The products are cloud-native, so they can be operated under your own control in your own data center or in a cloud of your choice.

The basis for the software business is still the products that were finally sold off by IBM and bought by HCL in 2019: the Lotus products Notes and Domino as well as BigFix, Connections, AppScan, Unica, Commerce and Portal. The newly founded HCL Software division has since been headed by Darren Oberst, who was involved in the virtual conference. Today, the HCL Domino development platform runs 10 million apps for more than 15,000 companies, including global corporations in the automotive, financial and retail industries. 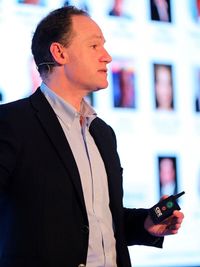 On the occasion of DACHNUG48, HCL Software presented the next version of the Domino Application Development platform. HCL Domino 12 represents an important milestone to expand the overall application development system from professional users to professional IT developers and provides essential business value with a low total cost of ownership. 10 Million Business applications from more than 15,000 companies worldwide run on HCL Domino.

“The world is ‘Powered by Domino’, ” Colonel proudly announced, referring to the company’s 30-year history: HCL is still trustworthy, still safe for many users. “It works.”And with version 12, we continue our commitment to shaping the future of Domino as a low-code platform, mobile and secure.” Just a year ago, Colonel continued, most CIOs would not have believed him that they could now access Domino applications from anywhere and on any device. “But they can, and we’re just getting started.“

The HCL community shares the enthusiasm of the software boss and rates Domino as the ever-leading platform for application development, business transformation and automation. As a business workflow platform, HCL Software positioned itself in the good old Lotus tradition as an alternative to groupware Microsoft Exchange. But from now on it should be clear: with Domino 12, the software is becoming more and more a platform for application development for the cloud.

The highlights of HCL Domino 12