The Oculus Go is a

, but it doesn’t have a lot of storage space. All your videos and movies are on your PC, so

instead of copying them to your Oculus

, why not just broadcast them? Here’s how to do it.

Watching a movie with a virtual reality viewer is a very interesting experience; basically, you can watch a movie in a huge virtual cinema that makes you feel like you are really there. But that’s just the beginning, because you can get 3D movies that are shown in virtual reality, and you can also get full VR videos that allow you to look around and feel that you are really there.

Do you have a Plex server? Just use the Plex client

Don’t have a Plex server or want to watch videos that are not on Plex? Use Skybox VR Player

Maybe you don’t want to put your most embarrassing stuff, like all the videos from your Linux fan club, on your Plex server. Or maybe you don’t want to set up something as comprehensive as Plex and just want to quickly watch a few videos to see what they’re all about. It’s much easier to download content to your PC and stream it to your Oculus Go, rather than

trying to clean up deleted files on the headset itself

. Also, it’s not like there’s a lot of space on your Oculus Go.

If you have a bunch of videos that you downloaded to your PC and you just want to stream them to the Oculus Go viewer, the

. This works by running a small piece of server on your real PC or Mac. You add the videos and then you can access them using the viewfinder piece on the actual headset.

This works for any type of video, whether it’s a full VR video experience, a 3D movie, or even just a regular 2D movie that you want to watch in a virtual cinema. Read on to find out how to set it up, but it’s really easy.

Configure your PC or Mac with the Skybox server 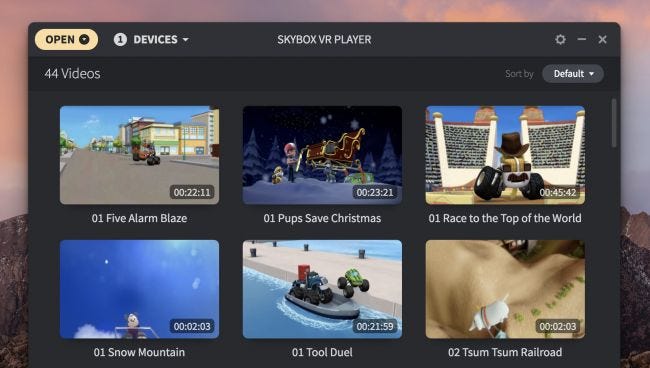 Setting up the Skybox server on your PC or Mac is incredibly easy, just

. Once installed, turn it on and click the “Open” button. You can add movie files individually or you can add a whole folder full of movies at once. Skybox even searches for subfolders as well.

When all the movies are added, they should appear neatly in the list using the file names as the video name. You’ll probably have to wait a few minutes for thumbnails of everything to be generated, but when they’re done, you’re done.

Install the Skybox VR client on your headset

Now that you have the server up and running, it’s time to install the client on your Oculus Go. This is also easy: just head to the Oculus Store, search

When it is installed, open the application, look in the left menu for the Airscreen option, and then you will be able to search and connect to your server, which should appear as the name of your PC. 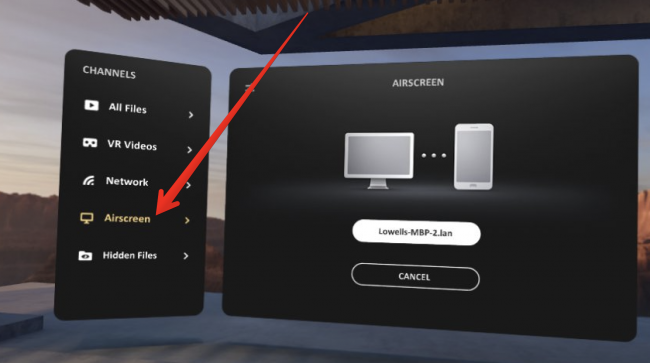 Once you’ve logged in, you should be able to watch all of your videos. Just click on one to start playback. 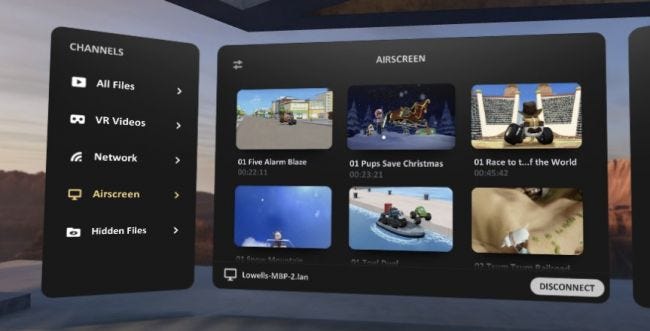 If you have a 3D or VR video that does not play in 3D or VR, you can fix it by lifting the controls. Just click once and then click on the small cube at the far right of the menu. This opens a window with options to play in 2D, 3D or VR mode (and to switch between VR 180 and VR 360). If you are not sure of the exact format of your video, keep testing until it looks good.

It is worth noting that Skybox can also play videos that are local to the device, so if you download something directly to the headset, it will also appear in Skybox in All files instead of Airscreen. Just make sure that

you are using private browsing mode

how to delete downloaded files

. Otherwise, you will have to

and nobody wants that.

VW and Fernride start teleoperation: remote-controlled trucks in the test

If you don’t have one, rent a pool via Swimmy

imageTech Group: “Obermotz is making an announcement in America” – Plattner explains the SAP transformation of the co-founder and Chairman of the Supervisory Board about the Tech Group’s activities in Russia, the poor stock market price of SAP – and the plan for his succession. More… By Christof Kerkmann

Panasonic tests its robot-waiter in a hotel and an airport