Intel shares rose 6.5% on the back of much better-than-expected report

Financial report Intel for the 4th quarter was better than Wall Street estimates because of strong growth in PC sales, however, the forecast for the 1st quarter of 2021 shows a decline compared to last year’s value. 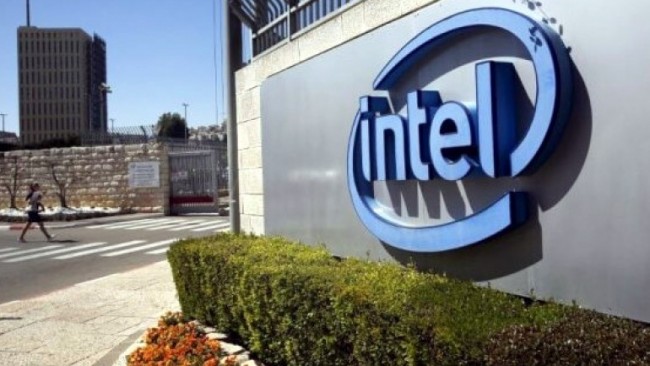 Financial report from Intel (INTC) for the 4th quarter was published shortly before the market close on Thursday, the price of Intel stock closed with a growth of 6.46%, but decreased to 4.4% in after-hours trading.

Investors received controversial information about the results and plans of the company Intel, which in February will get a new CEO.

Intel shares rose by 17.4% since January 12 after it became known that Pat Gelsinger will replace Bob Sown on a post of the General Director of the company. Gelsinger was Gen. Director of VMware (VMW), and before that worked at Intel for 30 years.

Commenting on the quarterly report, Intel executives said that the success of the December quarter was due to strong PC sales that have surpassed their expectations. In addition, it sold 33% more PCs with Intel chips than in the same period last year, especially laptops. The growth trend in PCs and laptops was observed in the industry in the last quarter, as consumers, are forced to work and learn remotely, sought to update their computers.

Sales of Intel chips for data centers decreased by 16% in the quarter, compared with a year earlier.

Subsidiary of Intel Mobileye involved in the technology of unmanned vehicles, for the quarter increased sales by 39%, but its share in the total income of Intel is small – for the entire 2020 sales of Mobileye was $967 million compared with the PC group, Intel, which reported sales of $40.1 billion for the year.

Intel expects earnings per share in the first quarter will be just $1.10, which beat analysts ‘ forecast of $0,93, but below last year’s values at $1.45. The income of a future quarter the company assesses at $17.5 billion – above Wall Street predictions of $16,06 billion, but below last year’s numbers of $19.83 billion.

In December, activist hedge Fund Third Point and its CEO Dan Loeb urged the Board of Directors of Intel to explore strategic alternatives for the company, as Intel continues to lose market share in favor of competitors.

Competitors such as AMD (AMD) for manufacturing of their chips use Asian factories TSMC technology that is ahead of Intel. They use a 5-nanometer process better 14-nanometer and 10-nanometer technology in the production of Intel chips, since the smaller the process, the better – in the same crystal can fit more transistors, which increases power and efficiency and allows to get the processor higher quality.

Intel plans to attract outsourcing companies for the production of some of its chips, but has no plans to completely abandon its production.

Commenting on the report, Pat Gelsinger said: “I am pleased with the progress made regarding the restoration of 7-nanometer programs. I’m sure that most of our products by 2023 will be in the domestic market. At the same time, given the breadth of our portfolio, it is likely that we will expand the use of external foundries for certain products and technologies”.

Last Monday, Intel announced four new line of processors for PCs and mobile devices. In addition, the company said that in the first quarter to increase production of its advanced server processors, and that its new GPUs are manufactured by TSMC.

Email marketing without falling into spam: the 10 recommendations

Getting the corona negativity ahead: buy some cheap, bright windows for the home