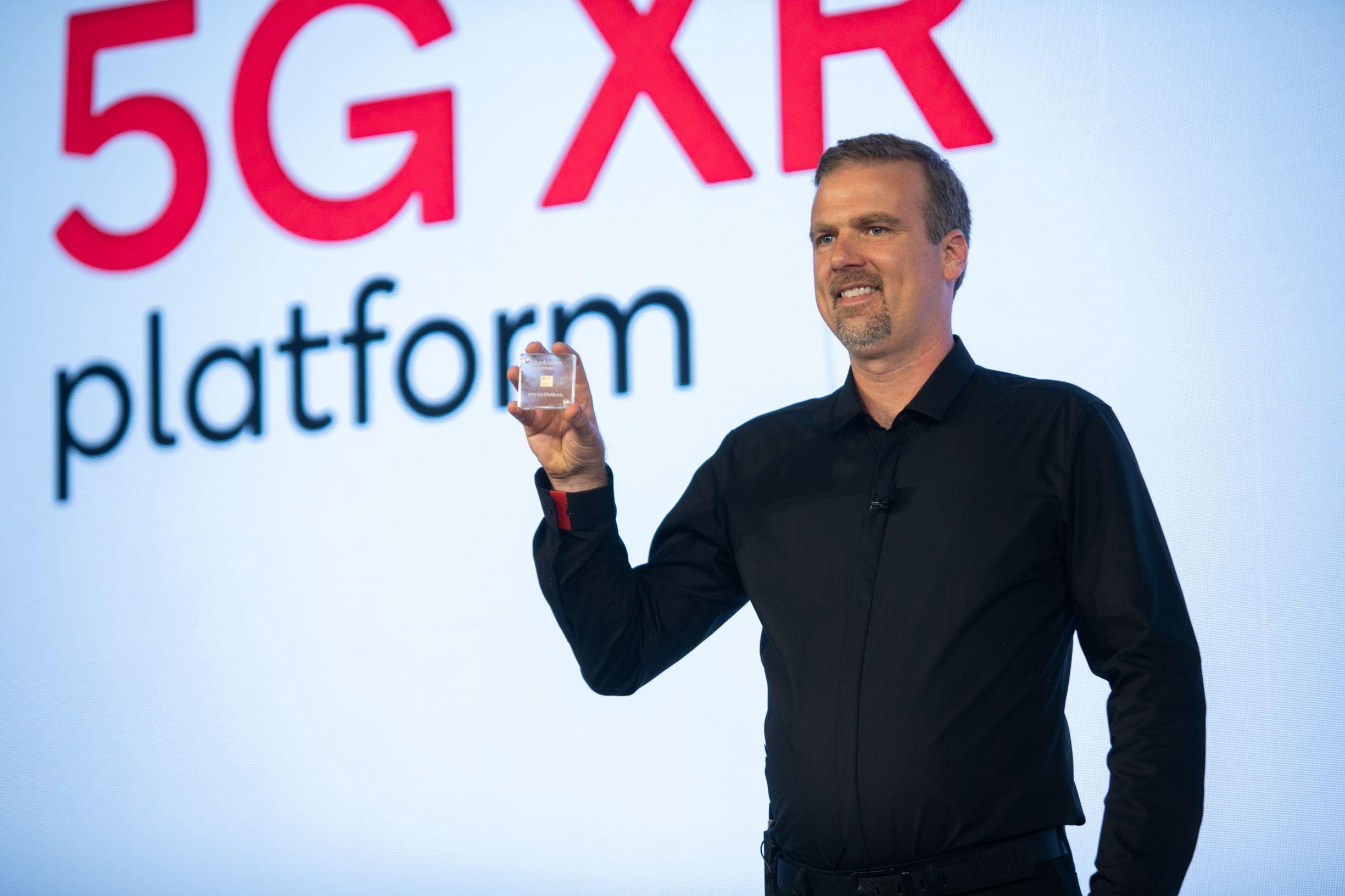 Qualcomm announced its new flagship processor Snapdragon 865 this week. This processor promises significant opportunities in comparison with Snapdragon processor 855 of the previous generation, announced in last year’s chipset, which is present in almost all flagship Android phones this year.

Today’s fastest system on a chip in the headset XR Snapdragon 850 is Microsoft Hololens 2. While Qualcomm supports dozens of new AR / VR devices, and most modern headsets XR work for Snapdragon processor 835 or XR1. At least three previous generations of the newly announced Snapdragon 865. XR2 is derived from Snapdragon 865 with modifications and additions relating to XR. 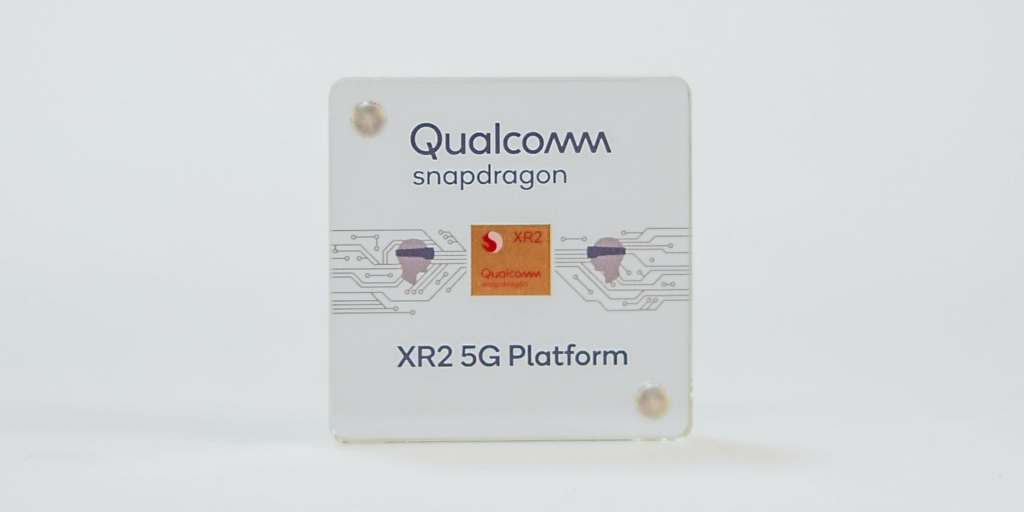 Although the actual CPU and GPU performance is still not exactly known, Qualcomm said the increase of productivity in 2 times at the transition from Snapdragon 835 on the XR2. Qualcomm also States that the bandwidth of the video is increased 4 times, resolution support up to 6 times, and the performance of the AI in 11 times. Qualcomm also connects XR2 5G the modem Snapdragon X55, so it can provide connectivity for some devices for VR and AR — although, of course, the 5G platform element is optional. 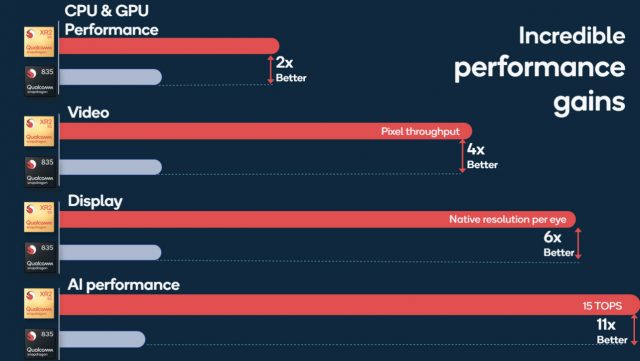 The Snapdragon platform XR2 5G is not intended to replace XR1, but complements it as a more high-level. However, it will introduce a new set of features like VR and AR. One of them are advanced video capabilities, including decoding content-8K 60 FPS and 120 FPS 4K content, which means keeping the display rate to 120 Hz. XR2 5G will also support up to 3K x 3K on the eyes, which is very close to 4K on the eyes. In addition, it will support color spaces HDR, including and HDR10 HDR10 +, to improve the dynamic range and colors.

Snapdragon XR2 5G is also designed to support 7 simultaneous cameras. This is the first time in the industry, and therefore, many equipment manufacturers can use XR2 in their handsets next generation. The ability to have 7 simultaneous use of cameras is something that can improve user experience and immersion to levels never seen in the mobile XR. Because of the 7 cameras to the headset manufacturers will no longer have to choose between functions such as tracking inside-out, eye tracking, hand tracking, face tracking, body tracking, camera movement or tracking of the controller. Manufacturers could theoretically do all these things at the same time on this chipset. 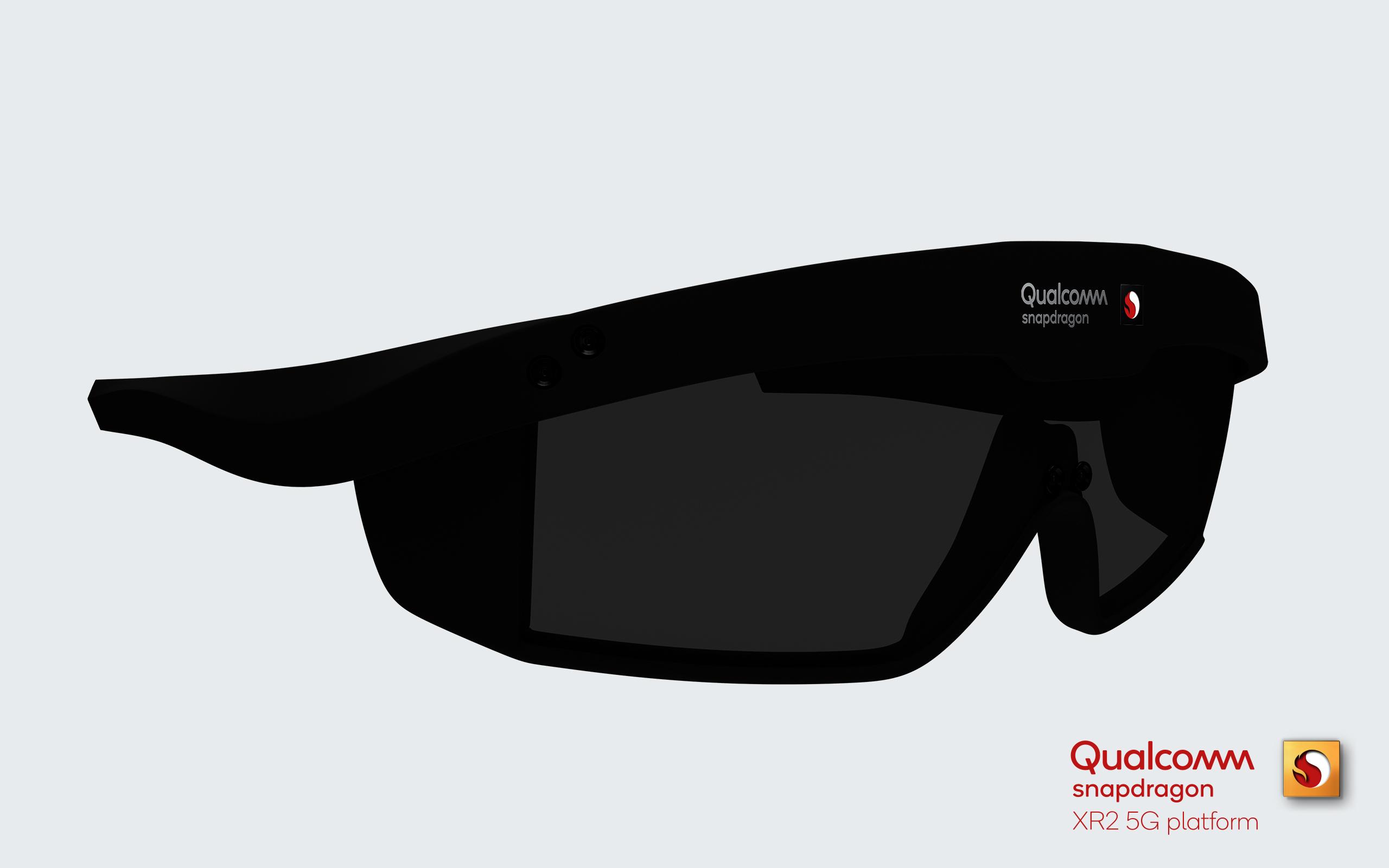 In the first quarter of 2020, Qualcomm plans to introduce the latest version of its headset reference XR on the basis of XR2, which the company offers as a model for manufacturers of headsets as part of its program Accelerator HMD. Qualcomm expects the first commercial headset with XR2 will appear in the second half of 2020.

While the cloud is becoming increasingly important in VR and AR, local processing will still be important to ensure appropriate quality of response with low latency. Functions such as object detection, occlusion and recognition, will strongly depend on the capabilities of the AI chip inside the headset. Other functions, such as tracking controller and hands, already use AI to determine where there may be controllers or where they can move without breaking the immersion of the user. Even features such as occlusion of an object and 3D reconstruction, probably, depend on the performance of the AI, improvement of the performance can give the XR2 an advantage over other platforms.

Modern headsets XR, as a rule, have no connection other than Wi-Fi and Bluetooth that orients them to use at home or in the office. The ability to connect the headset to the XR 5G network needs to open up more opportunities to use devices and XR to provide manufacturers of headsets alternative sales channels.

Discuss the Concept of development of electronic democracy

AI-based machine translators (part 2): Will they allow us to communicate with our pets?