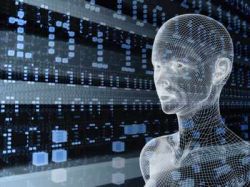 BitDefender® has published forecasts for major trends in network threats for 2011. Users are advised to be prepared for even more sophisticated viruses and complex fraud
schemes.

BitDefender experts suggest that distributed attacks “denial of service” (i.e. a DDoS attack) will become popular as a tool of public protest, as happened in
last year, when the Stuxnet worm and DDoS attacks were used to put pressure on organizations that refused to support Wikileaks. For 2011 many computers
malicious network voluntarily or as a result of viral epidemics will be used to attack various institutions to regulate network activity.

“We believe that in 2011 not only increase the number of viruses, but also greatly increased their complexity and the degree of threat they will carry the usual online life,” says Katalin
Koshoy, head of the laboratory of online threats BitDefender. Additionally, assume that the spread of malware signed with fake or stolen digital certificates, as well as
programs posing as antivirus and demanding money for removing imaginary threats.

“BitDefender expects an even greater proliferation of “reprogram” do nothing from defragmentation utilities to package “speed up” work computer,” added Koshoy.

The continued growth in popularity of social networks and the transition to HTML5 will play a key role in the dissemination of malware. “We expect the emergence of new viruses that use for
penetration of computers users HTML5 documents and Java,” said Koshoy.

Do not forget starting the boom in smartphones and mobile devices (e.g., tablet PC) with a fully functional operating systems on Board. This will bring a new level of problem
mobile security. The availability of developer kits (SDK) allow attackers to easily create programs for unauthorized access, and mobile device management.

“I already have viruses Android, and the proliferation of malware that will steal, for example, access to online banks from the memory of mobile is only a matter of time,”
signed Koshoy.

At Harvard, learned to polovinkami micro-robots