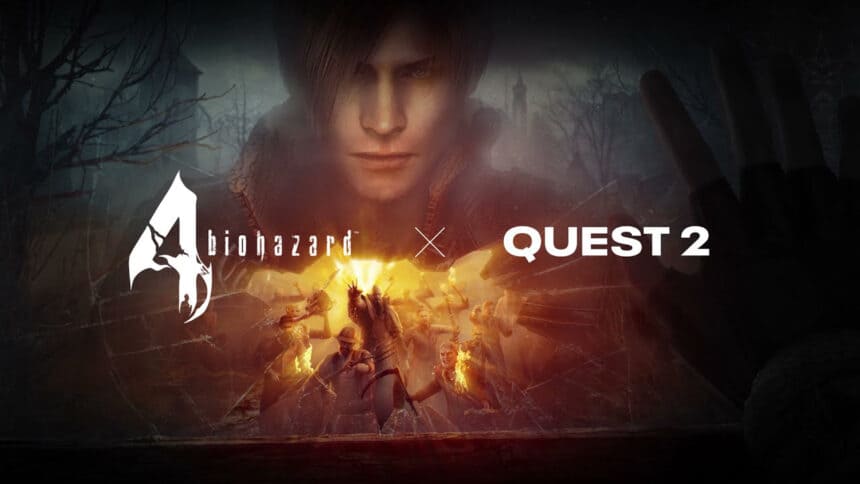 Resident Evil 4 exists in many versions, but none of them looks like a VR port for Oculus Quest 2.

Because in Resident Evil 4 VR, you completely immerse yourself in the role of Leon, turn his head right with VR glasses, move his hands as if they were your own, stand in the center of the action as if you were there. At the end of October, a grandiose retro journey will finally start.

Among other things, there is a special VR-inventory, the game takes place in the first person, and you own weapons with your own hands — even both at once. Many objects have been equipped with their own physics for VR, so you can pull levers or physically move puzzle pieces. There are some impressions left in the new trailer.

Oculus announces that Resident Evil 4 VR will be released on October 21, 2021 — just in time for Halloween. The game appears exclusively for Oculus Quest 2.

Is it suitable for the original Quest?

When it comes to virtual movement, the development studio wants to please all fans of virtual reality: the game can be played sitting or standing, supports teleportation and customizable smooth movement using an analog joystick.

According to Oculus Studios producer Mike Doran, Resident Evil 4 VR will be released only for Quest 2. The original Quest may not give enough performance. The XR2 chip in Quest 2 is much faster than the Snapdragon 835 in Quest 1.

When launching Quest 2 on the market, Facebook promised that Quest 2 exclusive VR games could appear thanks to higher performance. However, Facebook also does not take into account the Rift platform, which suggests that the group wants to attract new buyers for Quest 2 with a strong brand. Or the extra effort for a PC-VR port just doesn’t pay off financially.

In the next video, you can see some new game scenes. The video comes directly from the development studio.

The development of virtual and augmented reality